“ Consecrated life has become one of the concrete signs the Trinity has given to history, because people are made aware of the wonder and the nostalgia of divine beauty. ”

Would you like a new adventure? Come and experience enclosed life!

We invite you to come and share our daily life, praying and working with us.

We are certain that you will receive great gifts from God in your encounter with Jesus Christ and in the discovery of the sense of your life and finding the response of the Spirit.

Jesus is waiting for you to esperience the surprising Benedictine hospitality.  Allow yourself to be surprised and don’t hold back.

Madre Diletta and the Community 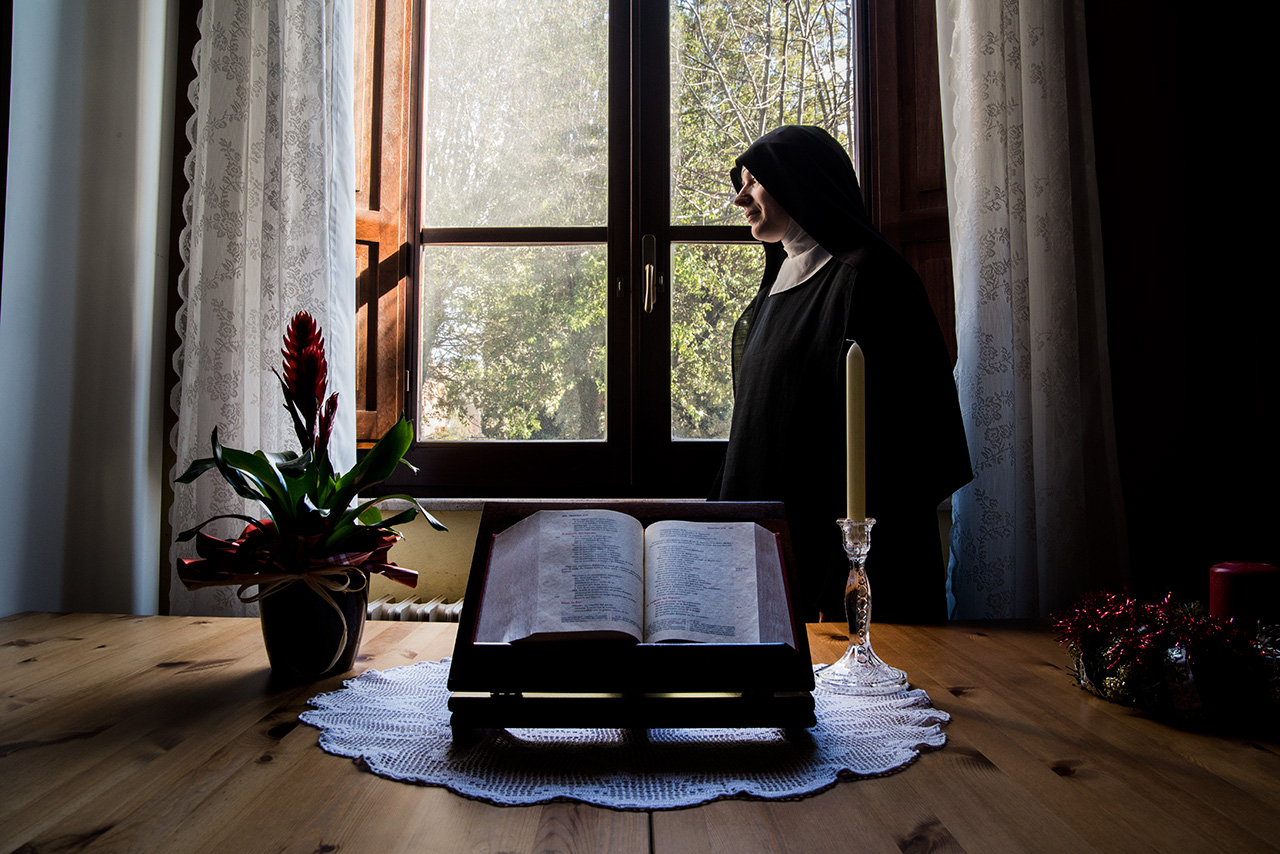 How does one choose to become a nun?

One of our sisters explains to us.

“Like everybody, I searched for happiness. I thought I would find it in money, in the esteem of others, in affection, in success in work, in the freedom to do what I liked. I can say I found all these, but they were not enough. I didn’t find the peace I was looking for. My anxiety increased and the emptiness inside left my heart unsatisfied.

I continued to try, by my own strength, but to no avail. Until at a certain point in time, I found that the Happiness with a capital ‘H’ which I was looking for could only be given to me by Jesus.

Thanks to the Church, I met people who confirmed to me the beauty Jesus was capable of bringing to their lives. I was drawn by a desire to try out the gratuitous love of God and to see how He loved me without asking me to improve, to be different or to give something in return. This was never the case with men!

Being in the Church, I discovered  how God was active  during my past and present life,  by His acts of love, it was clear,  that He cared for me  and was faithful.  He helped me in my battles through life.  He had never refused his love nor turned away from me when I returned to him after distancing myself from Him,when I thought  I could manage without Him!  He never turned his back on me after I consciously rejected him.

The confidence I then had acquired  and the gratitude for so much love, pushed me into his arms.  Little by little I became aware of his call to me to the Convent.

It was a battle, because this was not in my plan, but it was clear that nobody could compete with His proposal of happiness for me. Here I am now and able to tell you how worthwhile this awareness is and to begin the adventure which he proposes.

Fill up the form below and contact us for information.

"Guests are led in prayer. Passages from holy scripture are read to them so as to benefit them spiritually, they in turn will then apply them to their own lives"